What makes ALCAR special is that it contains an acetyl (CH₃CO) component. The addition of the acetyl group is what makes ALCAR bioavailable and gives it the ability to cross the blood-brain barrier (BBB). By having the ability to cross the BBB, ALCAR is able to improve synaptic activity and learning capacity. This is important for individuals looking to enhance cognitive functioning.

ALCAR improves the functioning of mitochondria which are organelles that play a critical role in the generation of metabolic energy. This may be why ALCAR is effective at reducing the effects of aging, specifically in regards to neurological decline and chronic fatigue.

Research performed at MIT’s The Picower Institute for Learning and Memory investigated the role Ach plays in the brain. The researchers concluded that Ach works by a specific neuronal pathway which stimulates the brain to process information more efficiently. According to the study, stimulating Ach provides an enhanced mental state which includes increased alertness, attentiveness and arousal. Ach is an effective way to increase cognitive  functioning. ALCAR also plays a critical role in the treatment of Attention Deficit Hyperactivity Disorder (ADHD). Researchers found a strong reduction of hyperactivity and improvement of social behavior in children diagnosed with ADHD who consumed ALCAR.

Multiple research studies have shown ALCAR elicits powerful antioxidant properties on central nervous system tissues. Specifically, ALCAR has the ability to offset the effects associated with oxidative stress. This includes having neuroprotective properties which counteract the effects of inflammation. ALCARs ability to provide neuroprotective as well as its regenerative capacity make it important for the treatment of neurodegerative diseases.

Ingesting ALCAR simultaneously with alcohol has been shown to provide a significant reduction in oxidative damage caused to the brain. In addition, ALCAR, when taken while drinking alcohol, helped to prevent neuron destruction as well as restore synaptic neurotransmission in the brain.

Mitochondria dysfunction, in addition to being a component of the aging process, it plays a major factor in people suffering with chronic fatigue. ALCAR supplementation has been shown beneficial for patients who suffer with chronic fatigue syndrome.

Finally, having an abundant supply of carnitine in the system can have a positive reaction for resistance training and fat loss. Carnitine has been shown to increase muscle mass while at the same time decreasing body weight. In addition, carnitine also helps athletes recover faster from resistance training.

The appropriate dose of ALCAR depends on many factors. As with all supplements, follow the label and talk to a health care provider before using the information provided below. The information below is for general knowledge and not intended to prescribe or dictate usage of ALCAR.

Healthy individuals looking for cognitive enhancement frequently start with a dose of 500mg – 600mg per day. High quality nootropics, which are designed to support enhanced cognition, frequently contain 500+ mg per serving. Many nootropics will also contain synergistic ingredients which may enhance the effectiveness of ALCAR.

However, 500mg is considered a good starting point and can be adjusted as needed to achieve the desired results. Individuals may see a benefit from multiple doses per day. Individuals with neurodegenerative diseases may benefit from consuming 2-4 grams per day.

To provide a neuroprotective effect and offset the use of MDMA (Molly, Ecstasy) it has been proposed by other authors to consume 500mg 30 minutes prior to ingestion. A second dose of 500mg approximately an hour after consuming MDMA and a third dose of 500mg 5-6hrs after that. These doses are for general information and are not backed by research.

To help protect neuronal function from the oxidative damage caused by alcohol, researchers recommend consuming ALCAR not only with alcohol but also on a daily basis. The dose recommended is 1-2 mg per kilogram of bodyweight. For the average American this extrapolates out to approximately 200mg of ALCAR per day. Higher doses may be needed when large amounts of alcohol are consumed.

For helping in the treatment of ADHD in children, researchers found a dose of 20-30mg per kilogram of bodyweight per day to be effective. This breaks down to be a dose of approximately 600mg per day.

To enhance physical performance, stamina and recovery a dosage upwards of 2,000mg per day has been used in research studies. Many studies examined for this article used the less bioavailabe form of ALCAR, L-carninitine, which may affect the dosage required to achieve desired effects.

Side effects of ALCAR

If you are pregnant, nursing or using medications it's important to speak with a health care professional prior to using any supplement, including ALCAR.

ALCAR is regarded as a safe supplement for those wishing to increase their cognitive functioning, provide a layer of protection against neurological decay and improve physical performance.  ALCAR is recognized in the medical and research community as a powerful supplement and it is currently being used to help offset as well as treat neurodegenerative diseases, cognitive decline, depression and alcoholism.

In addition to being a safe and well tolerated supplement ALCAR may have a powerful synergistic effect when combined with other supplements. This includes other products which may also increase acetylcholine levels like Alpha GPC or ones which may also aide in neuroprotection like Alpha Lipoic Acid.

When looking for a supplement which has very little side effects and the ability to improve the functioning of the mind and body then supplementing with ALCAR might be a great starting point. 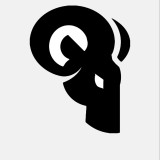 RAM Advantage is comprised of a team of research driven health care providers, athletes and business professionals. These individuals strive to provide real-world information people can use to maximize their potential.

Disclaimer: The information, suggestions, and techniques offered in this post are the result of the author’s experiences and are not intended to be a substitute for professional financial advice, medical advice, diagnosis, or treatment. Some articles are intended to influence the reader to purchase products or services. Before making a purchase, financial, medical or health decision the reader should contact a qualified professional. If you have questions or concerns, seek the advice of a financial consultant, physician or other qualified professional before practicing the techniques presented here.

In fact, you should always consult a qualified healthcare professional before beginning a new nutritional or exercise program. If you fail to do so, it is the same as self-prescribing, and neither the author nor RAM Advantage assumes responsibility. *This statement has not been evaluated by the Food and Drug Administration. This product is not intended to diagnose, treat, cure, or prevent any disease.